What is the short-term impact of the conflict in Ukraine on Norwegian-Russian relations and what will it bring in terms of the threats Norway faces in the Arctic? Despite the good relations between the two countries, the conflict has already had important consequences, and in the long term, the risks of further deterioration in the relations between the two countries remain high. Thus, although it has appeared at certain times since the end of the Cold War to be one of the few points of cooperation between the West and Russia – as mutual economic interests have facilitated previous dialogue – this relationship is still in danger of becoming an additional spot where open conflict may break out in the future. Recent actions by Russian citizens in the Barents Sea illustrate this point of view. One can notice both symbolic actions, such as the raising of the Russian flag at the mining settlement of Barentsburg and, more recently, the flight of a drone over Svalbard, performed by Andrey Yakunin, son of Vladimir Yakunin, former president of Russian Railways. In addition, the arrest of a Russian scientist who was working at the University of Tromsø by Norwegian authorities, on espionage charges, at the end of October further deepened the existing rift in Norwegian-Russian relations. There remain, therefore, several important features that will define this relationship in the future in terms of economic, political and security interests: the need for energy and climate cooperation in the context of the current sanctions regime, legal issues regarding Svalbard and NATO-Russia relations that Norway must take into account when making decisions to protect its own security in the Arctic.

Since the end of the Cold War, the dominant trend in Norwegian-Russian relations has been towards peaceful relations and strengthening economic cooperation. Norway’s crucial role in NATO history did not seem to prevent such developments, primarily as a result of the shared interest in extracting resources from the Arctic. In the mid-2000s, this relationship was implemented by a memorandum of understanding for joint identification of petroleum resources and cooperation on new technologies for oil and gas activities between Gazprom and Statoil and Hydro, which was later replaced by a similar agreement in 2009 between Equinor and Hydro and the Russian company. Since the resurgence of the conflict in Ukraine on February 24, however, a few things have changed. First, Norway has fully supported Western sanctions against Russia, meaning that cooperation between the two countries came to a halt, with Equinor starting to withdraw from its activities in Russia. Thus, while it benefits in the long term from increased oil production to supply European energy markets, the lack of energy cooperation with Russia may, in the long term, risk greater tensions between Norway and its neighbor.

One of the oldest issues that has raised concerns in Norwegian-Russian relations has been related to the Svalbard Archipelago. Such tensions arose in the context of competing interests over the exploitation of energy resources in the continental shelf around the Archipelago. The question of sovereignty over the Archipelago produced a dispute between Russia and Norway even before the war in Ukraine. However, good relations were maintained, and official Russian policy and actions in Svalbard have not matched Russian criticism of Norway’s sovereign rights in the Archipelago. Known practices challenging Norway’s sovereign rights in Svalbard have involved both Russia’s claims that it is the Russian people who were first present in the region, and challenging the legality of the 1920s Spitsbergen Statute (Svalbard Treaty),which imposed neutrality in the archipelago, banning any military activity in the region and accusing Norway of violating the activities of Russian organizations in the region. Such practices, in contrast to the recent actions carried out by Russian citizens, were typical before the war in Ukraine, however, they underscore the importance of this issue for any future clash between Russia and the West in the High North. Thus, perhaps for Svalbard the biggest consequence of Russia’s actions in Ukraine is that, once again, the conflict has shown that Russia is able to match the political rhetoric of challenging the sovereignty of a certain territory or peoples – built over longer periods of time – with action, especially since it has previously conducted military exercises simulating an amphibious assault on Svalbard.

Given the current lack of dialogue between Norway and Russia on matters of common interest, such as energy and the Svalbard Archipelago, it is therefore fair to say that a combination of old and new threats pervade the Arctic. What is particularly similar to Russia’s old practices involves the military reinforcements and exercises it conducts in the Barents Sea. What should not be overlooked, however, is the magnitude of the threat emanating from the Kremlin’s increasingly dangerous rhetoric surrounding the use of nuclear weapons. If Russia is willing to step up its threat to the West, the question for the Arctic remains: Is it really safe when we consider Russia’s imperial ambitions? As the current context shows, as long as the war in Ukraine continues, the pressure on the West to continue its policies of economic sanctions, as well as the supply of weapons to Ukraine remains. Norway is thus forced by its security needs and commitments to support this position, thus making its relations with Russia the “collateral damage” that have arisen from the escalation in Eastern Europe. An additional aspect that deserves attention when analyzing Norwegian-Russian relations thus relates to Norway’s position in NATO in the context of the Organization’s new strategic concept, which seeks to “significantly strengthen” “deterrence and defense as the backbone of [the organization’s] Article 5, the commitment to defend its member states”. NATO therefore insisted that Russia poses a threat “in the High North, its ability to disrupt Allied reinforcements and freedom of navigation across the North Atlantic [being] a strategic challenge to the Alliance”. To show the resilience of the organization, NATO conducted a military exercise (Cold Response) in March 2022, to “test how Norway receives and handles Allied reinforcements”. This defensive exercise for Norway was in accordance with Article 5 of the NATO Charter, which requires allies to defend each other if attacked. Such developments came amid Norway’s insistence following Russia’s annexation of Crimea in 2014 to strengthen the alliance’s “collective security” mission, amid the perception of a far more dangerous Russia in its neighbourhood.

Norway has indeed acted in good faith during the current escalation in Ukraine. It was at the forefront of UN diplomacy as penholder in the Security Council and pledged 13.8 billion crowns in aid to the war-torn country. Norway could, however, gain from the war in Ukraine, potentially becoming the largest energy exporter to Europe in the current context. However, beyond the ethical questions facing the Norwegian government on the issue of conflict monetization, there are also long-term security issues that should be considered. Norway’s geographic position and the benefits of economic and research cooperation with Russia would, under different circumstances, outweigh the financial gains resulting from the current context. Norway thus faces difficult choices on how to use its position. On the other hand, Russia, currently facing military difficulties in Ukraine, faces a clear choice in the Arctic, which is to maintain peaceful relations, both because of the economic sanctions it currently faces and because of the dangers of an escalation of the conflict by involving a NATO member state that could threaten its economic prosperity in the future. For both countries, if we consider the human element rather than simply state policies, cooperation has always been and remains highly desirable. There are specific reasons why such cooperation matters. For example, in the case of Svalbard, issues such as economic interests arising from the need to regulate the use of resources on the continental shelf produce a greater need than ever to resume a dialogue with Russia on issues of mutual interest. And, of course, there is also the idea of engaging Russia in other issues affecting the Arctic and the world, such as climate change, issues that would require a minimum level of multilateral dialogue that has existed in this regard before the war. 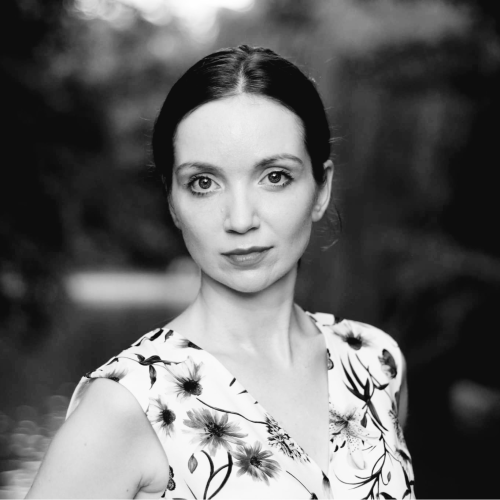